Standing here in front a vibrant, scholastic and enthusiastic patriotic crowd this 4th of July, 2016 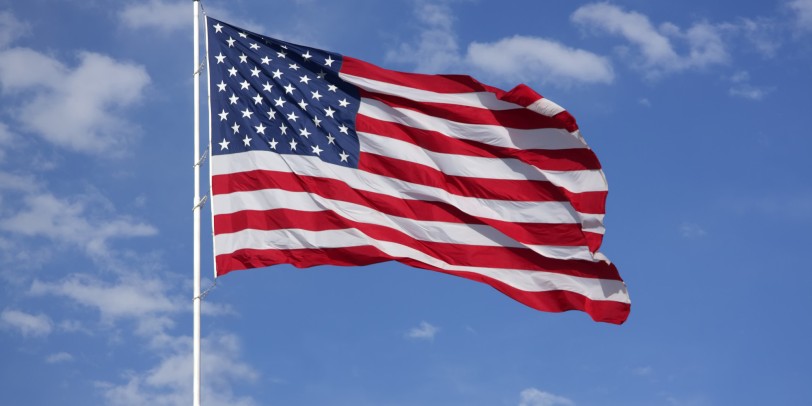 American flag flying in the wind

And I cherish our many freedoms.

Standing here in front a vibrant, scholastic and enthusiastic patriotic crowd this 4th of July, 2016, leading an “Honoring distinct group of world leaders, united nations representatives and senators”, I reaffirmed how proud I am to be an American and fortunate to acquire; given the opportunity to attend a distinguish dignified Academic, with honors in the following fields — and how profoundly grateful I am to 1st the chancellor of the University, Dean of Aerospace Engineering, Dean of Medical Studies, Dean of Political Sciences and Social Studies and Dean of Justice for their sacrifices, intellectuals and dedicated group of professionals to nurture, guard, and educate us, especially, this group of political fellows.

As a patriot of this nation, I can only reaffirm the bonding to each and every progression to continuously work towards success as we commemorate here today and move forward into the world and to our respective careers. Some of us are fortunate to continue in the part of assign duties, making sure the people of America maintain the dignity of democracy throughout the world.

Each year we look forward to 4th of July which reminds us of “the declaration of Independence.”

On July 8, 1776, the first public readings of the Declaration which was held in Philadelphia’s Independence Square to the ringing of bells and band music. One year later, on July 4, 1777, Philadelphia marked Independence Day by adjourning Congress and celebrating with bonfires, bells and fireworks.

The custom eventually spread to other towns, both large and small, where the day was marked with processions, oratory, picnics, contests, games, military displays and fireworks. Observations throughout the nation became even more common at the end of the War of 1812 with Great Britain.

As President Thomas Jefferson presided “May it be to the world, what I believe it will be … the signal of arousing men to burst the chains … and to assume the blessings and security of self-government. That form, which we have substituted, restores the free right to the unbounded exercise of reason and freedom of opinion. All eyes are opened, or opening, to the rights of man. …For ourselves, let the annual return of this day forever refresh our recollections of these rights, and an undiminished devotion to them.”

And today; the rights and freedom of opinion is open for both men and women as we continuously work towards a common goal.

Independence carries with it a special challenge. The celebration of our independence comes against a background of growing division and divisiveness. We have come a long way, making tremendous effect to stay bipartisan and patriotism; pledging the allegiance to the United States of America and for which it stands; one nation under guard indivisible with liberty and justice for all. We as a nation torn and deeply divided by partisan politics — more so than at any time in recent history will continue to work towards maintaining a bipartisan republic. In the battle of “Us vs Them,” of “Blue vs Red,” of “WCCO vs MSNBC,” the individual exercises their rights, expresses their independence in chosen driven by selective opinions. Americans who disagree with our patriotism are automatically dismissed as “unpatriotic,” and considered “the enemy.”

A fresh new crop of “more-American-than-thou” politicians and media talking heads have joined the old ones in polarizing our communities and nation. Where I grew up, it was called “dirty fighting.” Masters of manipulation in the use of fear, distortion and controversy, they contemptuously slander, ridicule, intimidate, bully and demonize those with whom they disagree, including the current government leaders and president of the United States of America Barack Obama, must be stopped. Besides dishonoring the Americans who gave their lives to fight actual tyranny, these grossly distorted characterizations are corrosive to our democracy.

Leaders could unify our nation by affirming, and bringing both Republicans and Democrats together. Having world wishers who want to do what is right” — are those days gone? Is acknowledging the good intentions and integrity of the “other side” tantamount to partisan treason? Have elected leaders seeking short-term gain through the politics of division — and a 24 hour news media hungry for ratings — lowered the bar on mutual respect and civility? Fanning the flames of paranoia and distrust, putting political ambitions, power, arrogance and greed ahead of humility and respect derails the kind of “constructive conversations” that bring us closer together, educate us and make us stronger.

We, the American people, are ultimately responsible for deciding our future. By allowing differences to grow into chasms, or settling for division, we negate the unifying power and potential of civil discourse, deliberation and compromise. Self-destructively digging ourselves into the deep, dark hole of disunity will make it increasingly difficult to move forward as a community, and as a nation; so we must work towards unity.

Standing together during the playing of our national anthem, proud and momentarily unified, many of us dream of patriotism beyond politics. We yearn for a sense of commonality similar to that which we experienced in the course of restructuring and rebuilding — and a renewed sense of confidence that together we can overcome the injustices and challenges of our time. This 4th of July, let us create opportunities for a shared patriotism. Being patriotic is a way of life that begins with how we treat one another.

We are a nation in need of democracy-friendly patriotism woven into a code of civility that allows us to work beside even those with whom we disagree. Let our love of our country be affirmed by willingness and ability to reach across the aisle with mutual respect, rather than contempt, regaining trust and confidence in the fruits of hard-fought deliberations and decisions. Let us aspire to be a participatory democracy in which all concerned Americans are “patriots.”

How we express our love of America, professionalism and what political party we belong to and where we go to worship including other places of worships, resorts, canyons, caves and cliffs; are all intimate elements of who we are.

They all represent diversity and that is America.

As we look forward from here towards our future and this 4th of July, we would all be wise to rededicate ourselves to rediscovering the hallowed common and plateau ground on which to build a better America.