Aerospace Industries’ Fleet services, strives to its excellence in reliabilities and capabilities in delivering its goods, these services is fully dependent on its logistic systems driving the transportation industries today. We all depend on the fleet services provided by these airborne vehicles, delivering goods from different locations in the world, continent(s) to continent(s) and making sure the departure and arrival times are met as scheduled. Fleet services such as UPS, FedEx and military services are keeping up with the demand and supply such as military surveillance devices, exotic food groups / produce, fashion wears, electronics devices, driving the economic to different heights. 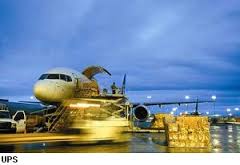 Armories such as helicopters and surveillance aircraft are transported from one port to another using ocean carriers and runway ships hovering the Pacific and Atlantic oceans.